Adopt an object or gift an object adoption to the history enthusiast in your life!

Colchester Museums houses a significant collection of objects, artefacts, and specimens, ranging from Roman jewellery and weaponry to Natural Science collections spanning millions of years. We have put together an eclectic mix of twenty of our most fascinating and well-loved objects, which you can adopt to help provide the essential support we need to help us preserve, explore and share the 200,000+ objects in our care.

Your donation will help us to protect millions of years of local and global history through care of our collections. Visit the museums or check out Collections Online to see what you have helped support.

Step one – Choose a Donation Tier

All adoptions are for one year and our objects can be adopted by multiple people, except for our Gold object, which is for five adopters only. 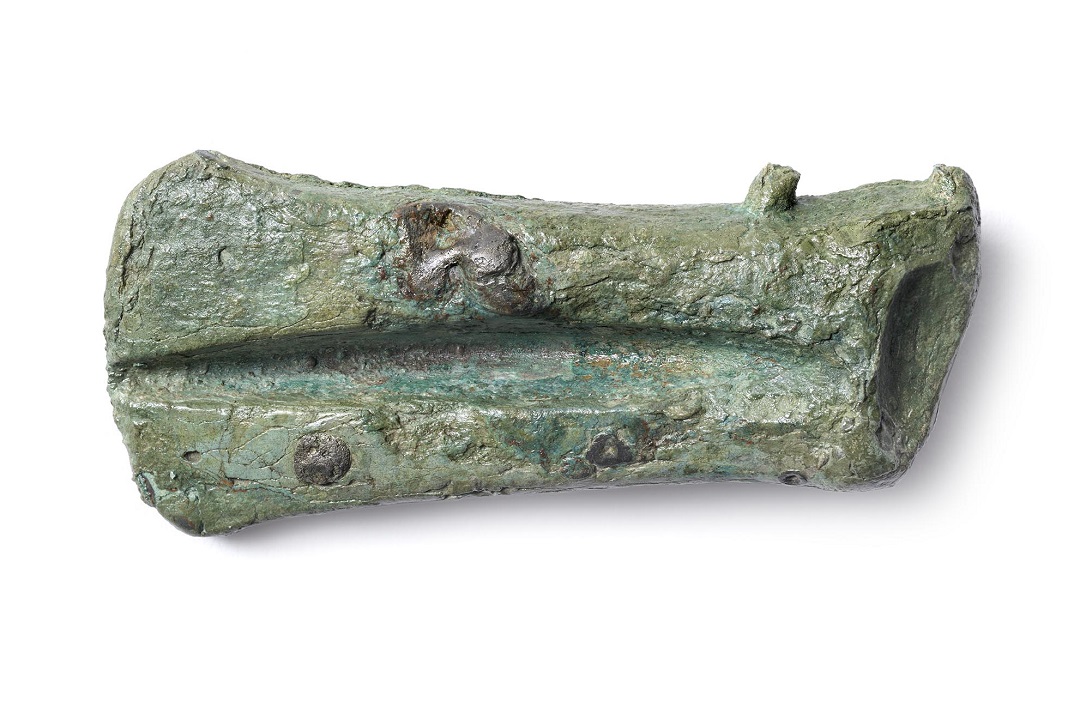 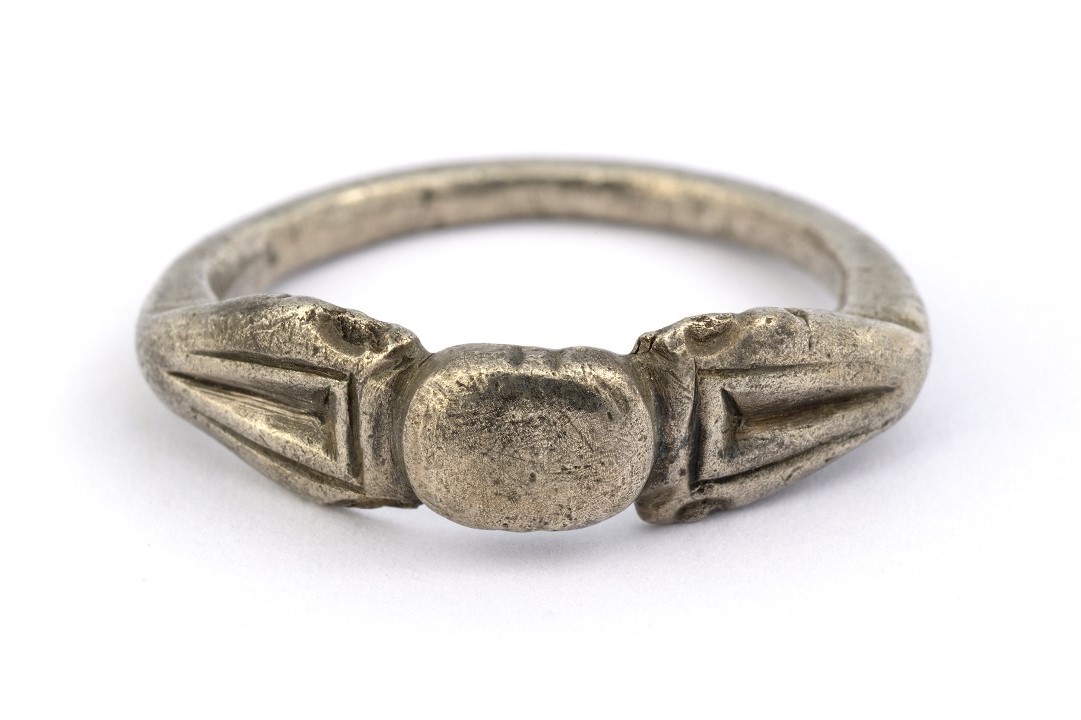 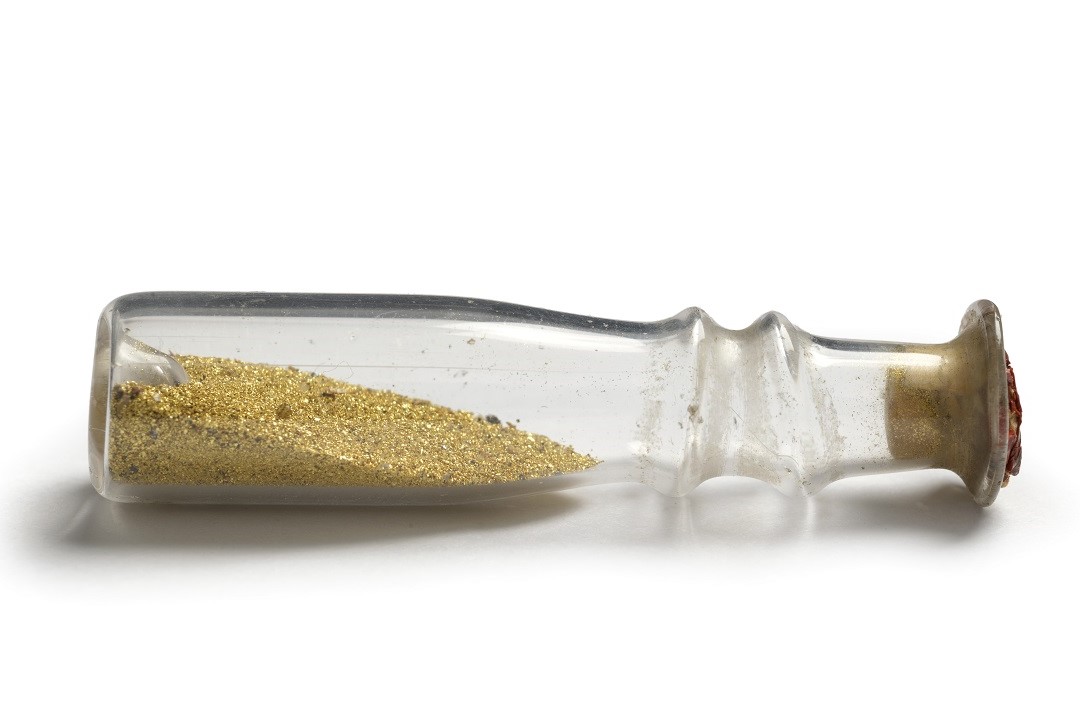 Simply click on Adopt Me under your chosen object to complete your donation. If you are adopting your object as a gift, you can leave a message to be included in the dedication. Please don’t forget to opt in to Gift Aid, which will increase any donations you make to CMDF by 25% for no extra cost. 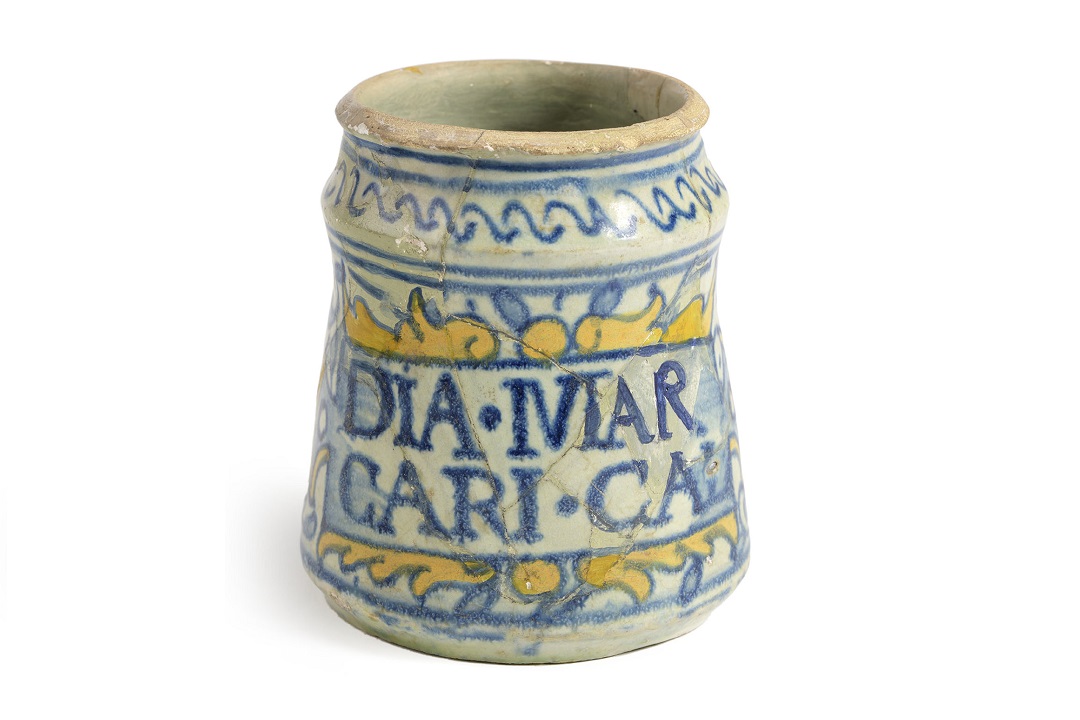 This jar was made in the 1600s and would have contained medicine, dispensed by a local apothecary, similar to a modern-day pharmacist. The number of these ‘drug jars’ found in Colchester, suggest a large number of apothecaries operating in the town centre. Many were excavated from Lion Walk where it is thought they were dumped as ‘rubbish’ from the apothecaries on the High Street next to the Red Lion Inn. 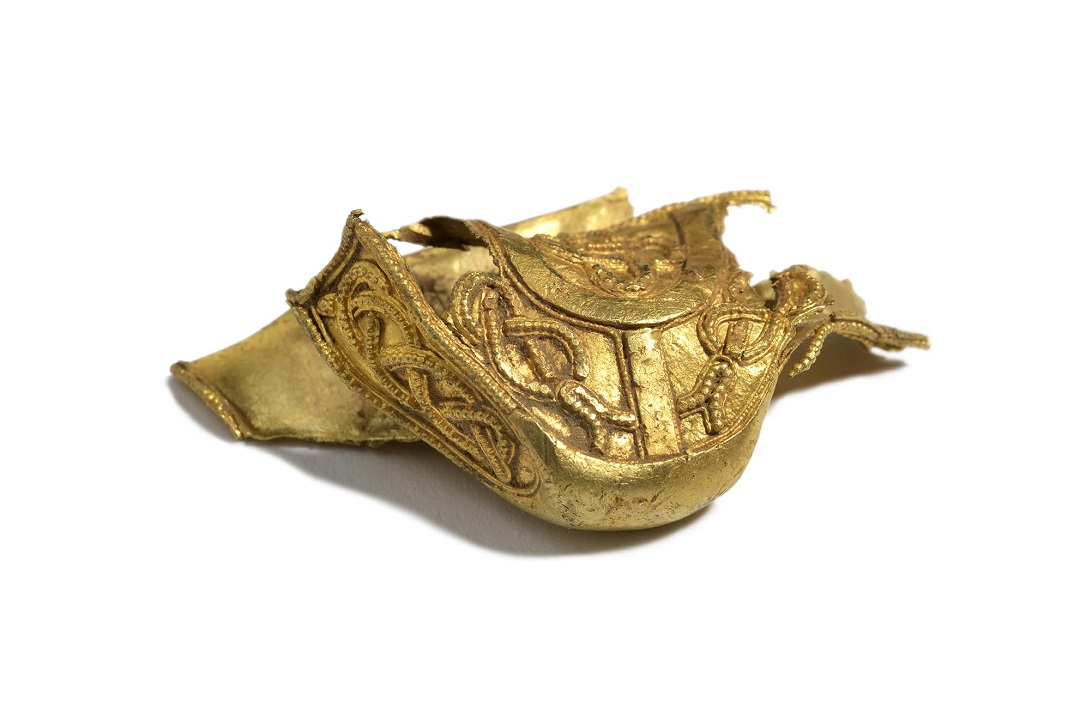 There is little archaeological evidence from the Anglo-Saxon period in Colchester, though we know people lived in and around the town. The Ardleigh pommel is an exceptional item that would have once belonged to a wealthy and important Anglo-Saxon leader. It would have sat on the end of a sword’s hilt as decoration. 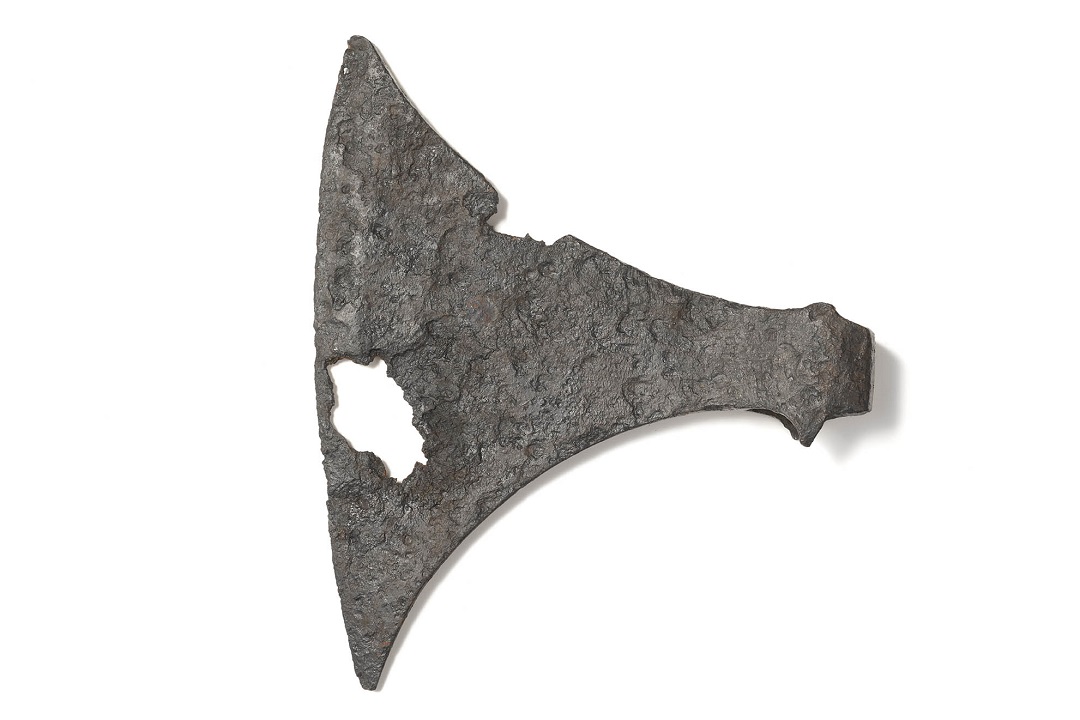 One of the most iconic objects associated with the Vikings is the axe. This axe was found in the river Colne, which runs through Colchester. It may be an indication of conflict in the area, or perhaps it was placed in the river as an offering to the gods. Historical records suggest the Vikings were only in Essex for 100 years, making this an exceptional find. 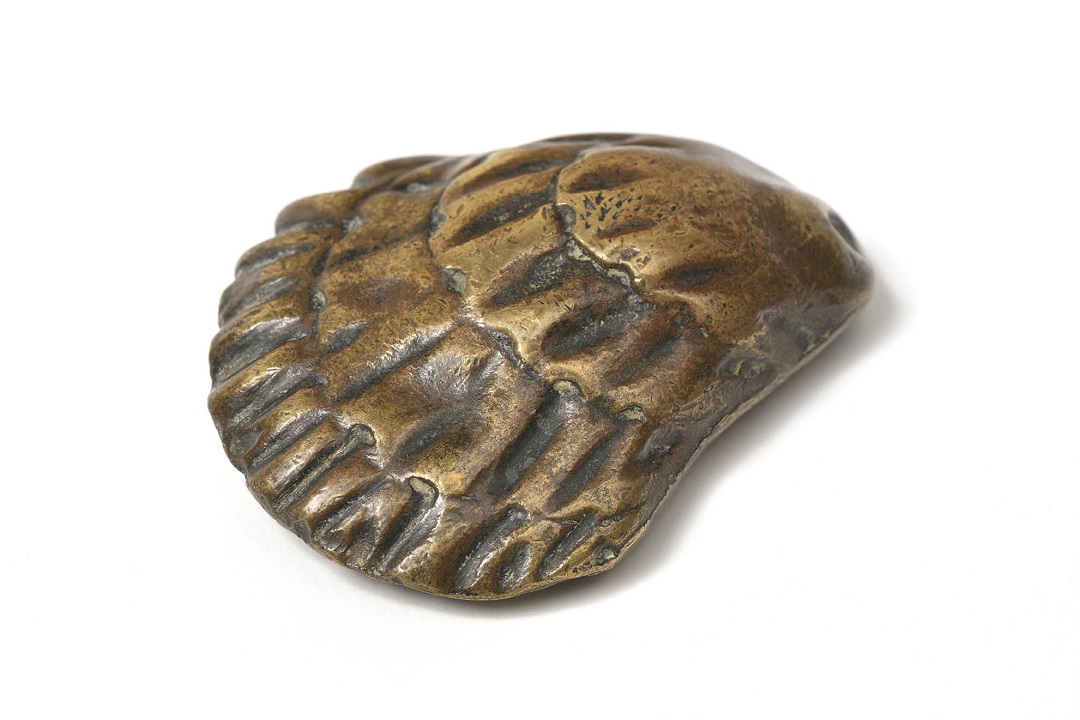 This brass oyster gauge was made in the 1500s. Colchester is well known for its ‘Colchester Native’ oysters. The oyster fishery is officially opened for business on the first Friday of September each year by the Mayor. The Oyster Feast is held on the last Friday in October each year at the Town Hall. The feast is regarded as one of the key events in the civic calendar. its origins can be traced back to the St. Denis Fair of the 1300s. 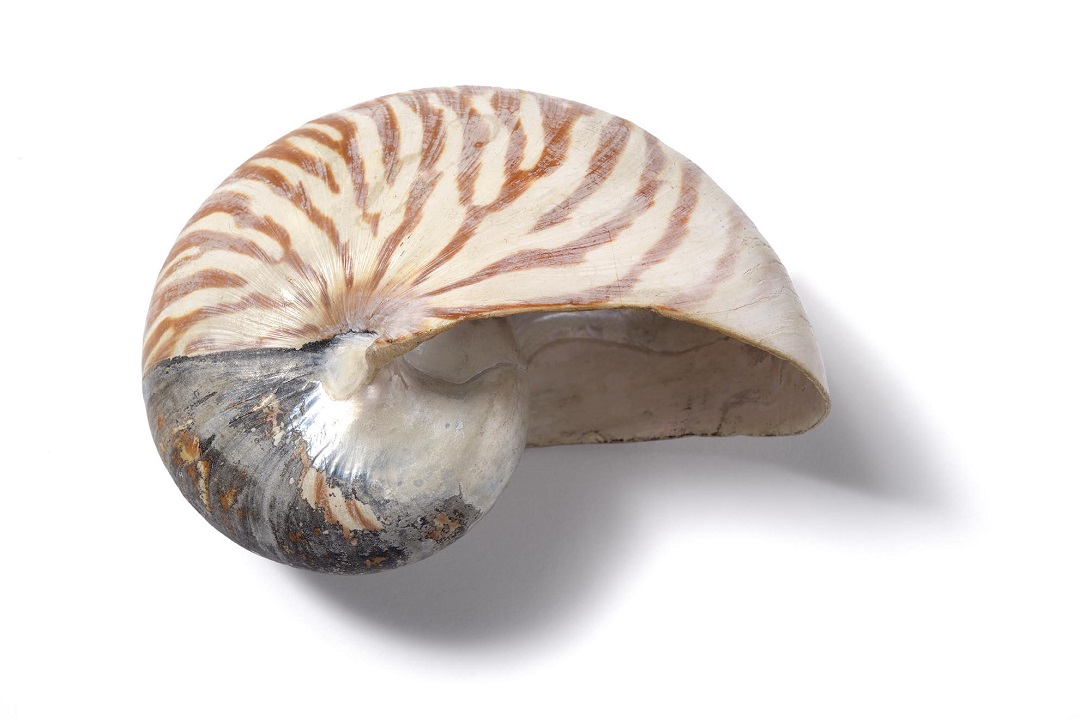 The nautilus is a marine mollusc, related to shrimps and octopi. The Chambered Nautilus is known as a ‘living fossil’, as the species has remained relatively unchanged for millions of years. They first appeared around 550 million years ago and there is fossil evidence that they lived here during the Cretaceous, 65 million years ago when the area was under a tropical sea. The Chambered nautilus is now threatened with extinction, as it is traded for its attractive, patterned shell. 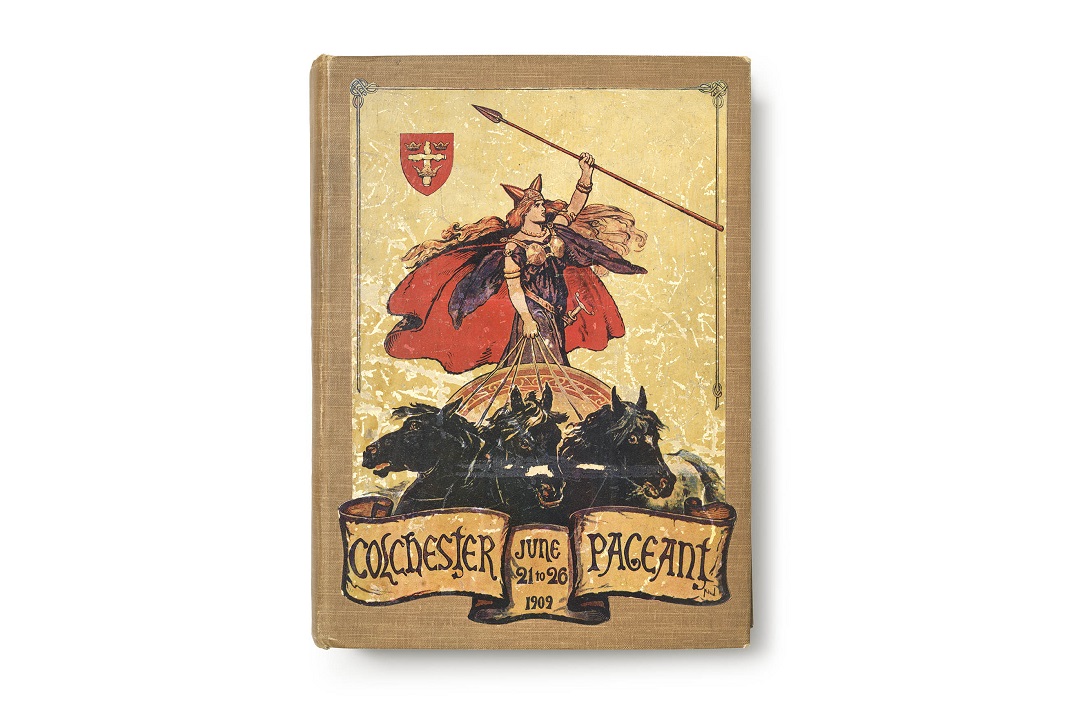 The Colchester Pageant of 1909 marked the 2000th anniversary of the town. Held in the grounds of Colchester Castle, it featured the town’s most important, historical events including the discovery of oysters and the first ‘feast’, the Roman conquest, and Boudica’s war against the Romans. The other scenes charted the visits of various Kings and Queens to Colchester. This scrapbook includes postcards, autographs of the players and press cuttings from the time. 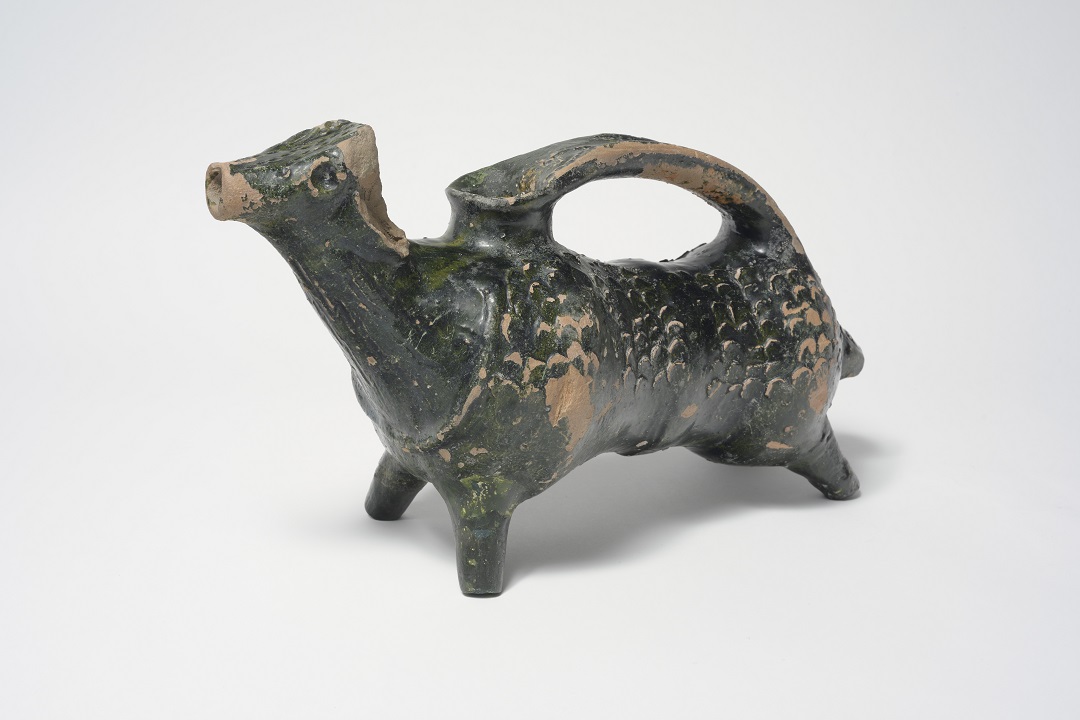 Medieval mealtimes could be incredibly messy, with fatty meats and greasy cooked foods. In order to keep hands clean, vessels in the shapes of animals were placed on tables to be used to clean hands throughout the meal. These were known as aquamaniles, from the Latin words Aqua (water) and Manos (hands). 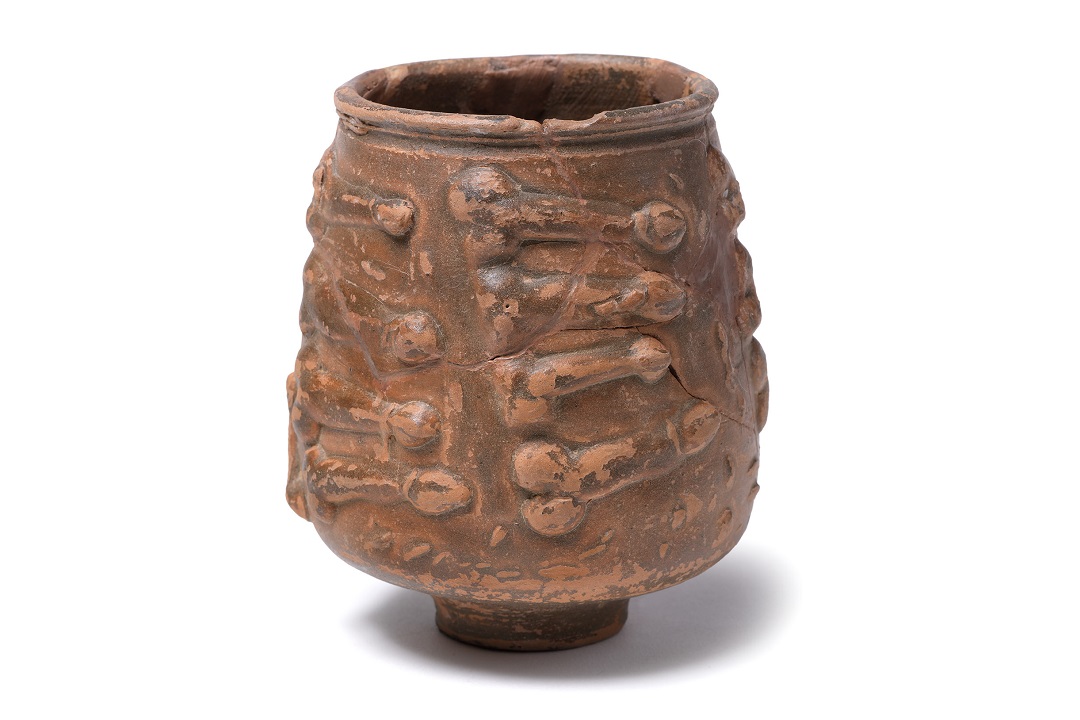 The Romans had a dirty sense of humour. As well as being a symbol of protection within Roman Colchester, the phallus (penis) was also used as a form of joke. The decoration on this pot is actually imitating a chariot race, which would usually have horses in groups of four. 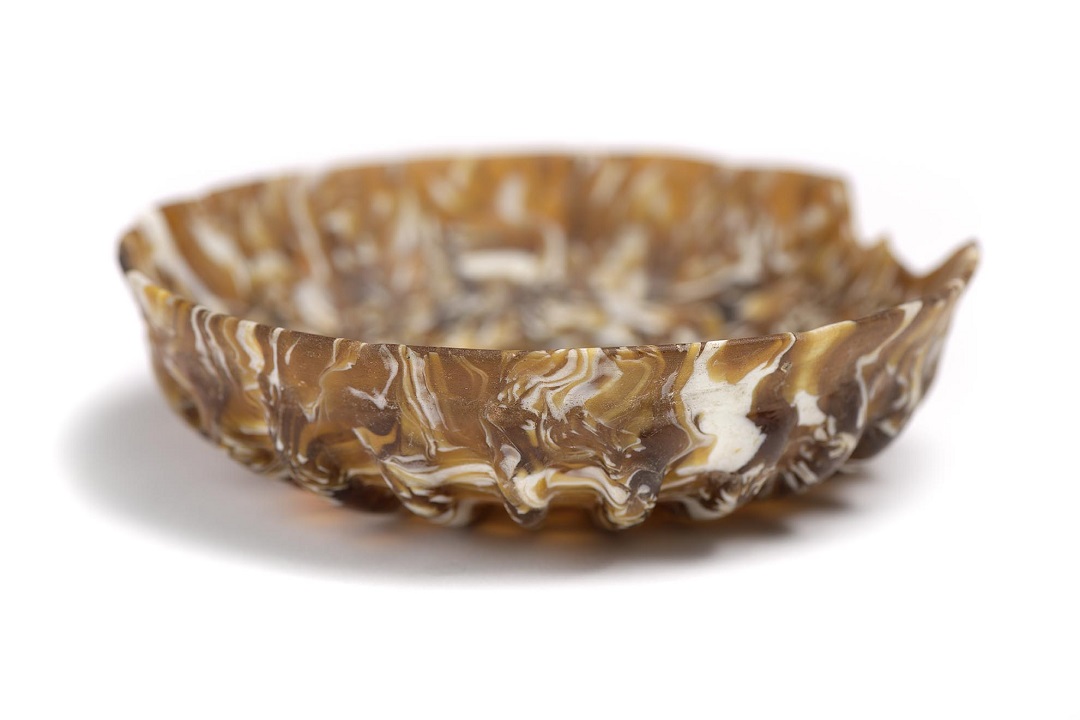 Glass was an incredibly prized material to the Romans, who made vessels in a variety of different colours. In fact, the Romans would recycle glass by melting it down and making new pieces from it. Some exceptional complete vessels have been found in Colchester, which have survived thousands of years in the ground. 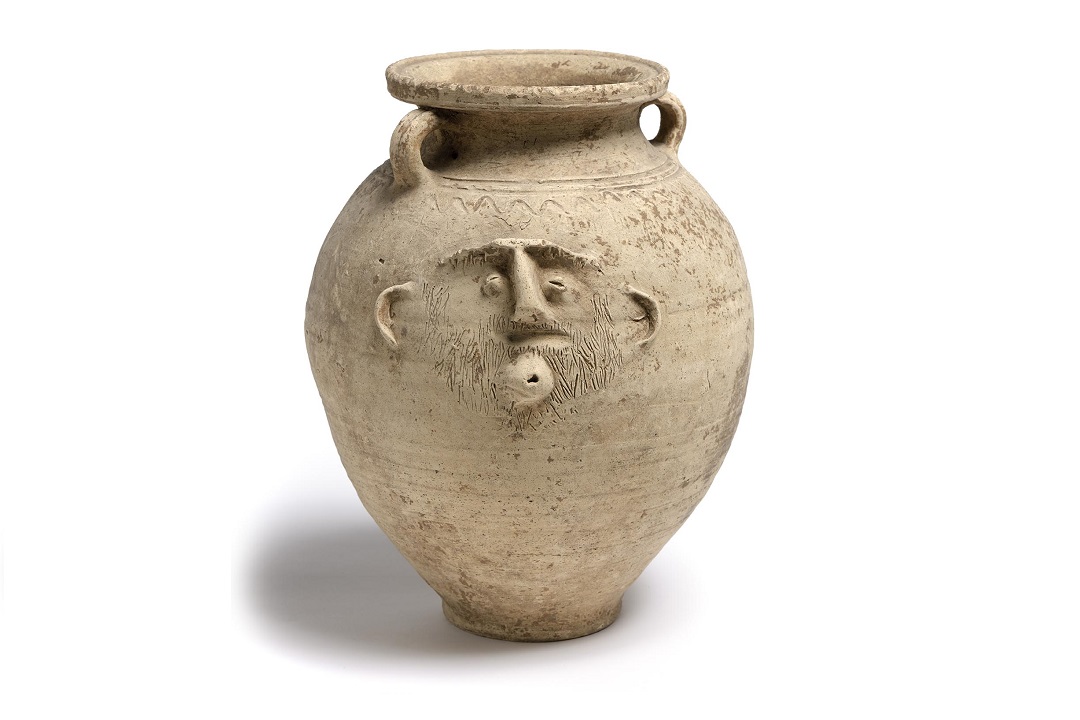 The Romans buried their dead with a range of different items that they believed their loved ones could take with them into the afterlife. One common find from Roman graves in Colchester are ceramic vases with cartoonish faces on them. These “Facepots” are believed to have been particularly popular with Roman soldiers and may have been caricatures of the individual buried inside. 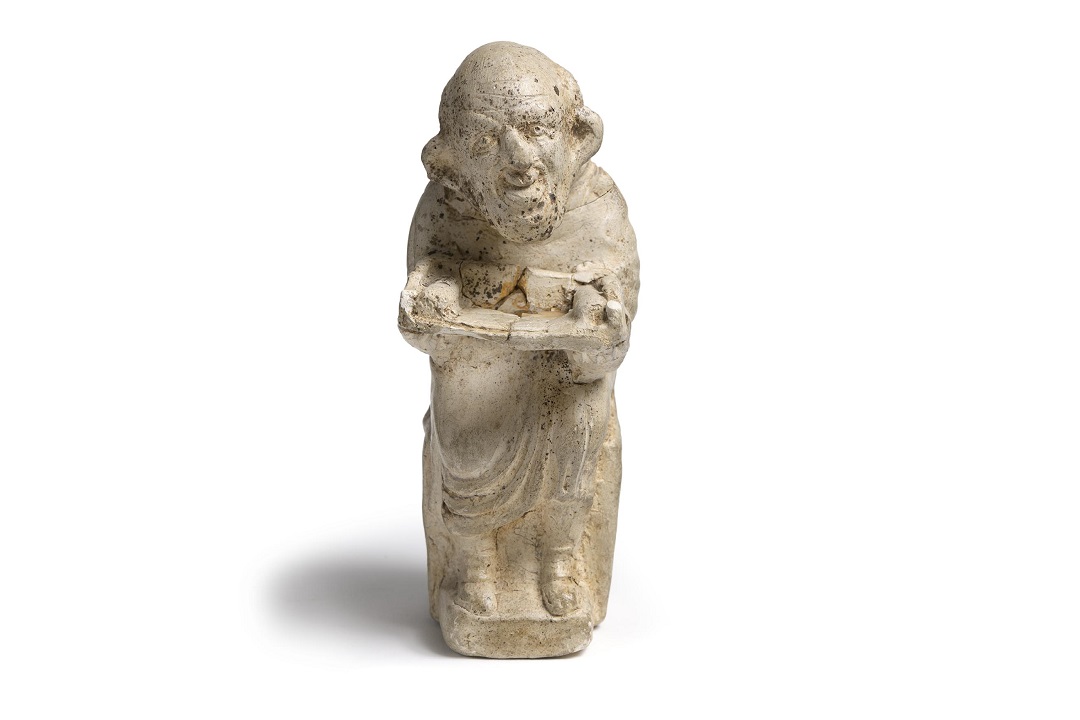 This ceramic ‘pipeclay’ figurine forms part of an early Roman burial known as the ‘Child’s Grave’. It is one of ten figurines of comic old men included in the grave, unique in Britain. They would have been made in Gaul, modern day France, and imported to Colchester. These objects are mysterious – they have been interpreted as caricatures of learned men, such as philosophers or teachers, or comic diners. 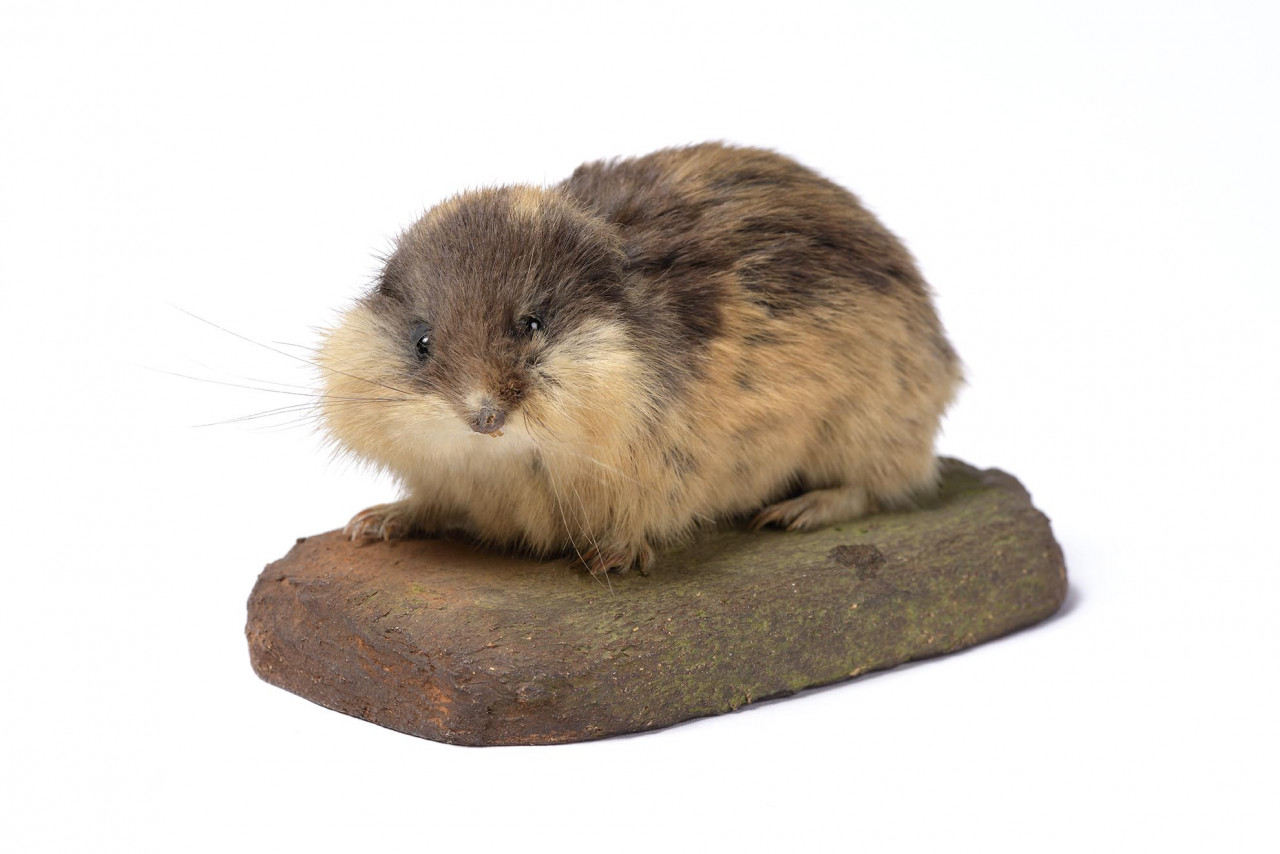 Mount of a Lemming

This is a mount of a lemming, a small rodent usually found near the Arctic. Fossil evidence shows that lemmings lived alongside Woolly mammoths in the Colchester area during the Pleistocene period. This species now lives in parts of Finland, Norway, Sweden and Russia. They spend the winter in nests under the snow but when it thaws in spring they move to lower ground, where they spend the summer. 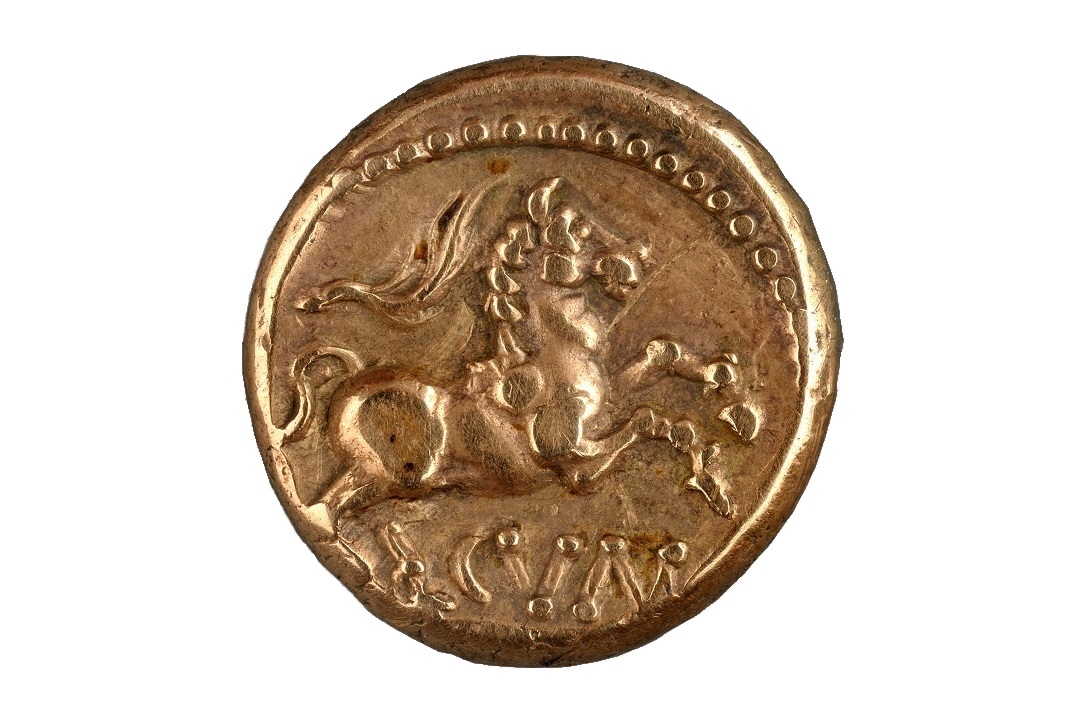 This gold Iron Age coin is known as a ‘stater’.  The front shows an ear of corn with the letter ‘A’ to the left and ‘N’ to the right. These letters are an abbreviation for Camulodunon, the name of Colchester in the Iron Age, where the coin was minted. The back shows a horse rearing with the letters ‘CVN’ below. These letters are an abbreviation of Cunobelin, the name of the king who reigned at Colchester c.AD 10-40, home of the Catuvellauni/Trinovantes tribe. 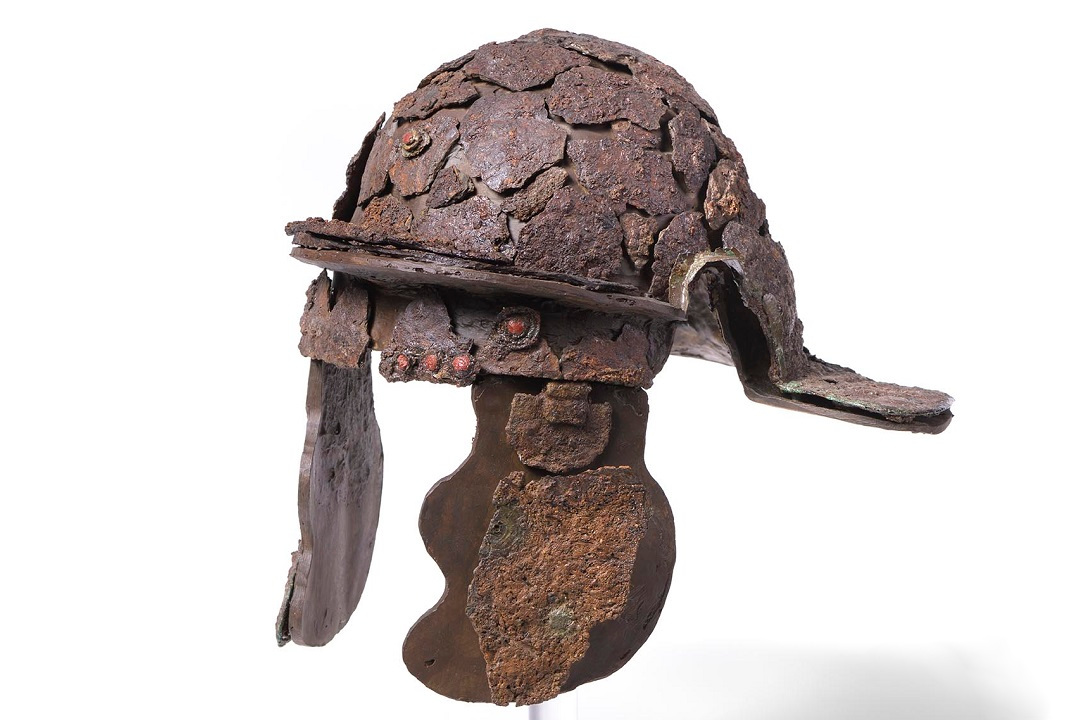 Roman Colchester was a town filled with soldiers at the time Boudicca attacked. Whether they still served in the army or had retired there, there would have been a wealth of weapons and armour. Despite this, the towns inhabitants were unable to fend off the attacking Britons and the town was burned to the ground. This helmet is actually made up of several helmets that were destroyed during Boudicca’s attack. 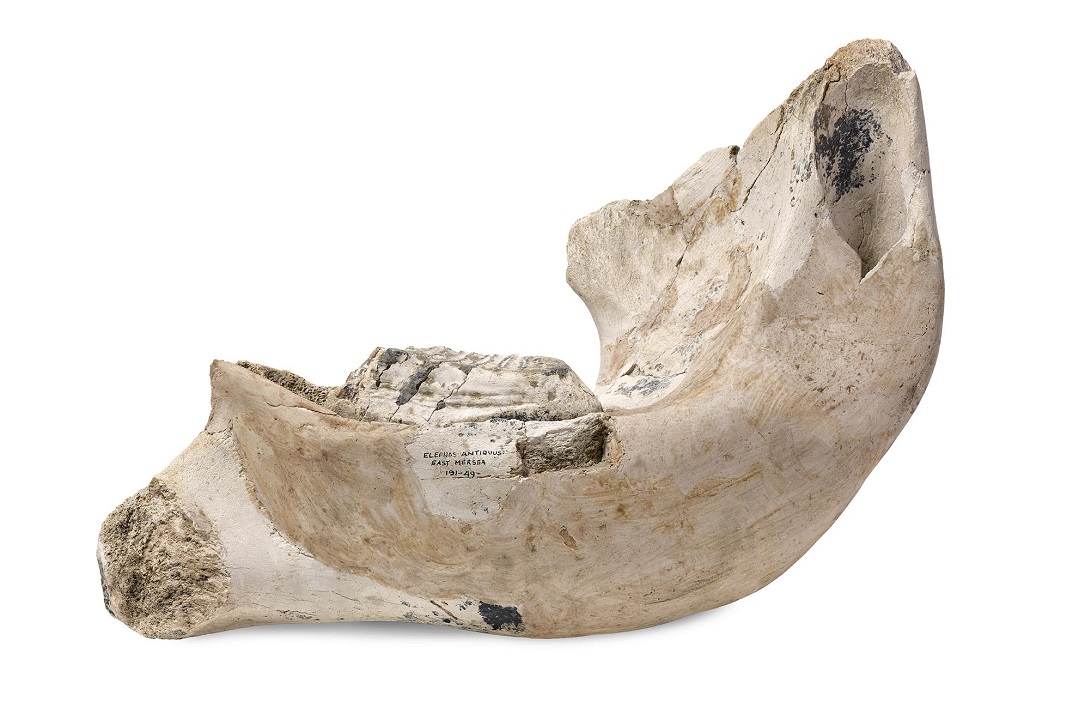 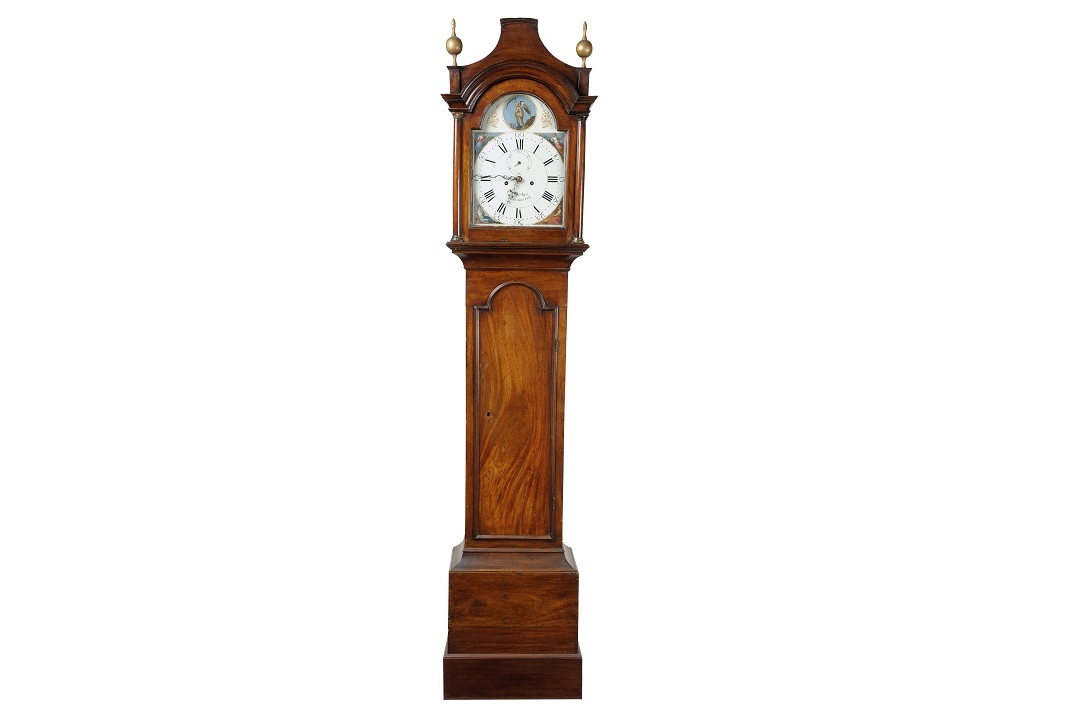 This mahogany longcase clock was made by Thomas Hedge (2) in 1790. The design of the face depicts the Seasons and Father Time. The Hedge family were pivotal in the story of clockmaking in Colchester. This example is part of the Bernard Mason collection. A prominent Colchester businessman, his collection of Colchester clocks is probably the largest concentration of clocks from a single town anywhere in Britain. 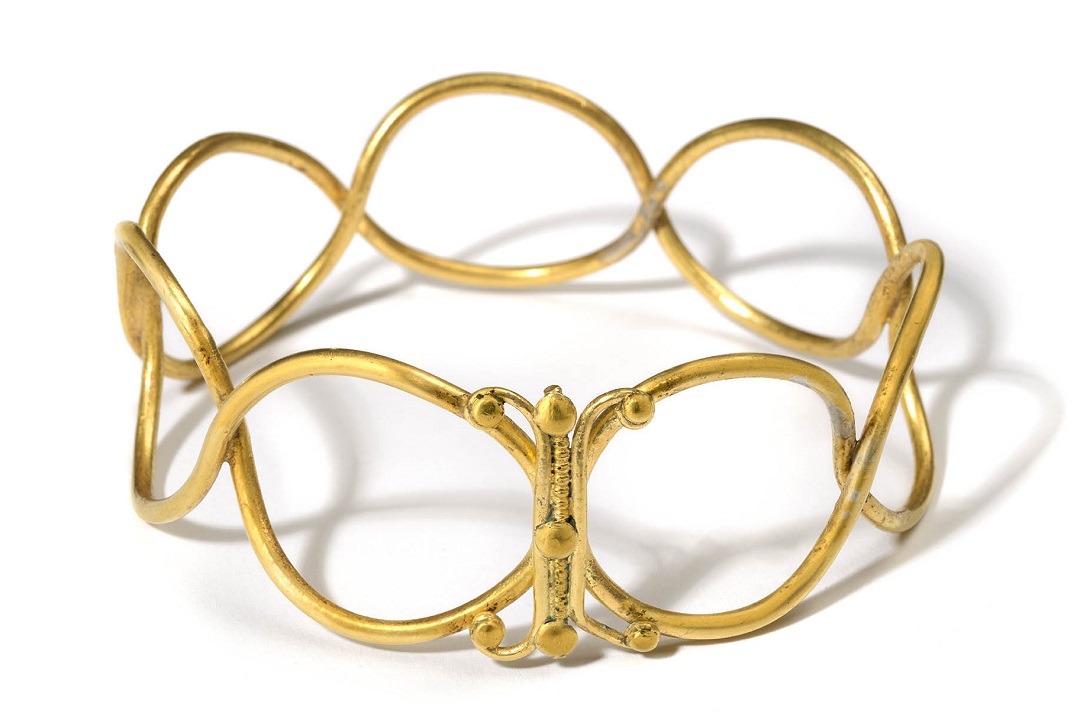 This Roman gold armlet is one of a matching pair. It is part of the ‘Fenwick Treasure’, discovered in 2014 under the Fenwick store in Colchester High Street. The treasure is one of the finest groups of jewellery from early Roman Britain. It was buried when Queen Boudica attacked the city in AD 60/1, but was never recovered. The gold jewellery in the hoard is similar to some of those discovered in Pompeii, which were buried by the eruption of Vesuvius almost 20 years later. 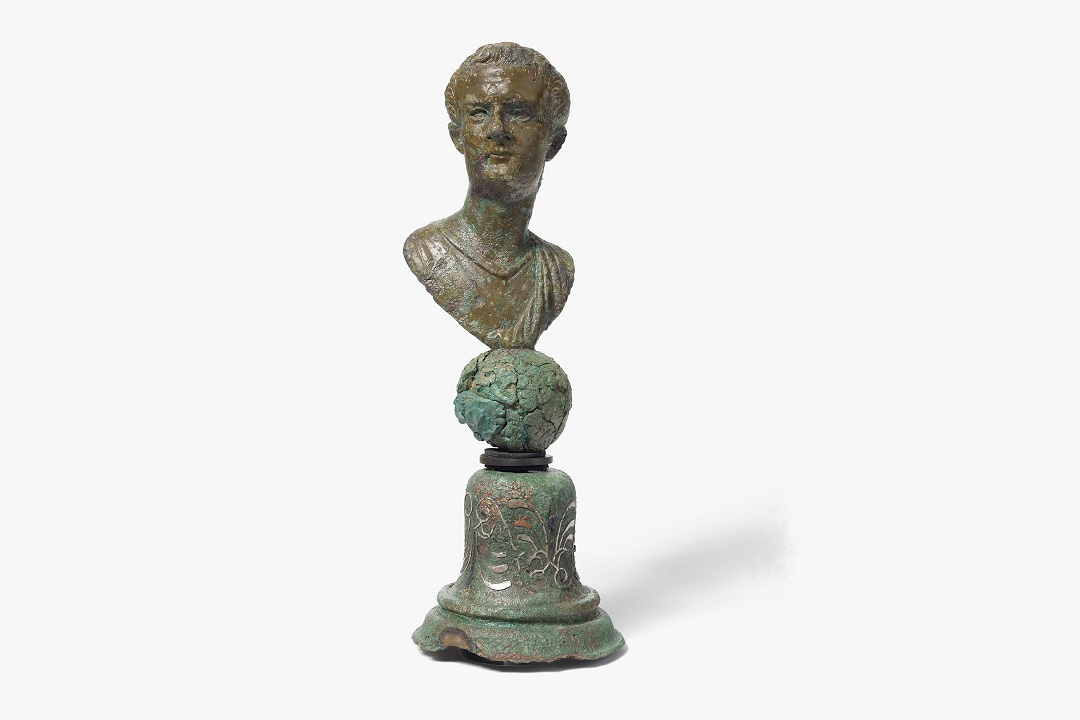 This is a miniature bust of the Roman emperor Caligula (reigned AD 37 – 41). It was discovered during construction work on Colchester’s railway line in 1845. Caligula sits on top of a globe, perhaps representing his rule over the world. The bust may have been displayed in a household shrine, known as a lararia. The object has been included as part of the LGBT+ collections as Caligula was known to have had sexual relationships with men and women. 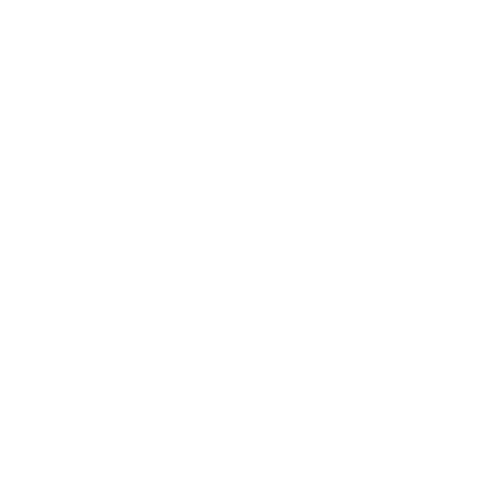 This bronze statue of the Roman god Mercury is one of the finest metal sculptures from Roman Britain. It was discovered at Gosbecks, south of Colchester, which had become an important religious centre in the Roman period. Mercury may have been worshipped at the Romano-Celtic temple discovered here. He is identified by the wings on his head, which are symbolic of his role as messenger of the gods. He may originally have held his staff, known as a caduceus, in his left hand, and a purse in his right. These attributes symbolise some of Mercury’s trades such as patron of travellers, merchants and commerce. The statue is of a high technical quality and design, and it was most probably imported from Gaul, modern day France, dating to c. AD 250.

Where Does Your Money Go?

Colchester Museums look after some of the most important historic buildings and museum collections in the country!

Colchester Museums Development Foundation support us to inspire and enrich our local community, through the preservation, exploration, and sharing of the town’s heritage in its widest sense. Discover how you can get involved… 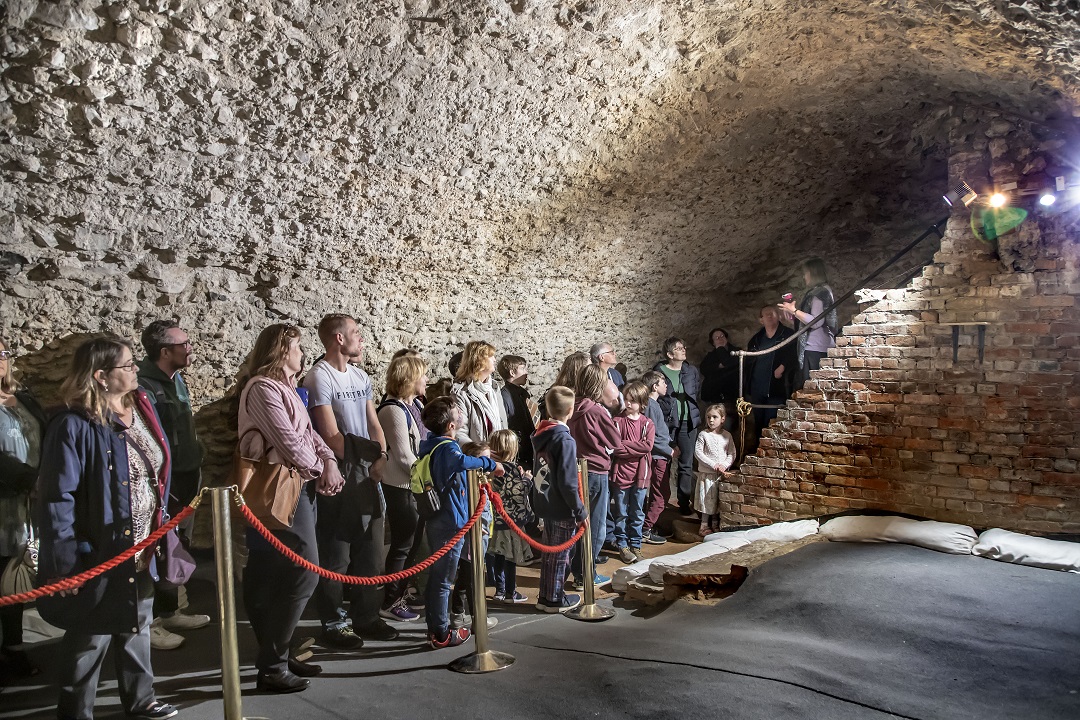 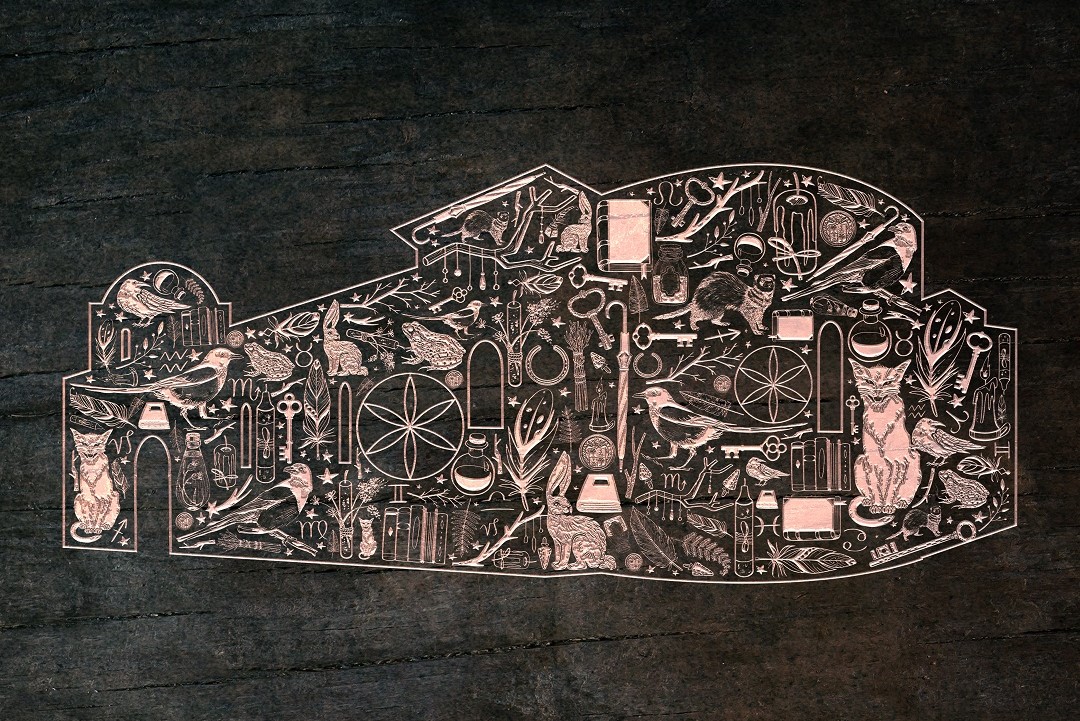